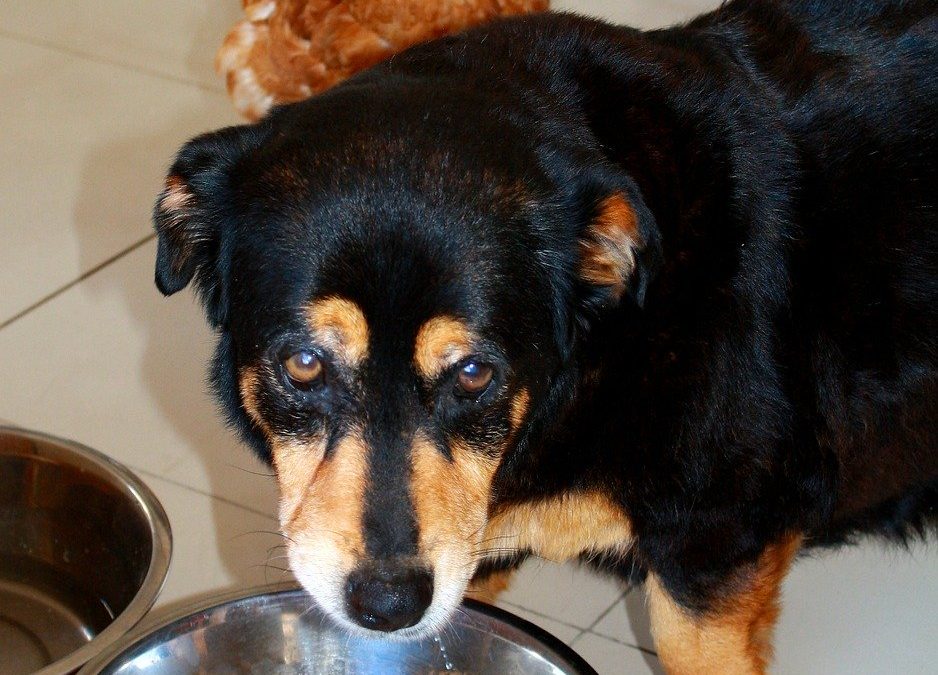 Dog Bowl Aggression, and the Wonderful Resource We Waste Everyday!!! 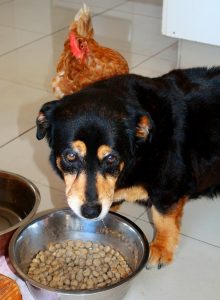 I got an email from an old friend of mine about their young Great Dane pup who was showing some nasty habits around the food bowl. Turns out this dog would growl and snarl around the food bowl, and Tracy (friend) has three small kids! This story plays out every day throughout America, and whether you have kids or your dog is a Great Dane or even a Pekinese, it is a very serious issue! No one wants to deal with a social deviant with four legs!

What if I told you that in many cases we cause this behavior ourselves! The ironic part is that we create the problem each and every time we get or fill Rover’s bowl with food! This topic will require several blogs, but hold on and let’s get started by talking about how we feed our dogs and what can be done about that food bowl or resource guarding grumpiness!

First off, let’s take a look at how a dog in the wild would eat, and compare it to how we, as humans, usually feed our dogs. In the wild, a dog left to its own devices would spend roughly 18 hours each day looking for and eating its food. They are scavengers, hunters and opportunists. Since food is the most important resource they have, they would spend the majority of their time getting it.

Now let’s look at how we as humans do it! It’s 7:30am and you are running late; the kids need to be at school by 8:10; you have a conference call at 8:30; and…oh crap! Fido hasn’t been fed yet! You throw some food into a bowl and slap it on the ground, and Fido goes to it! 60 seconds later, Fido is done eating so you rush out the door and Fido is left to figure out what to do for the next 23 hours and 59 minutes!!!!

If you are a “really good” dog owner you might repeat this process 2 to 3 times a day, using up to 2 or 3 total minutes of Fido’s day relating to eating, but really, what does he do with his free time till his next meal?
How about…
• Eating the couch or some other fun piece of the house?
• Barking incessantly at squirrels (garnering complaints from the neighbors)?
• Peeing and pooping all over the house?
• Looking for, destroying and/or eating, underwear, socks, shoes or any other item that smells like their owner?

Do any of these sound familiar???

This list could go on forever, but suffice it to say that the way we feed our dogs leaves them with a lot of “free” time (see blog posts Why do dogs bark & what can be done about it? Parts 1 & 2). And as my mom always said “Idle hands are the devils play things”!!!

For the time being let’s get back to food bowl aggression, and how solving that behavior will circle back to fixing these other problem behaviors! In fact, by the end of this series of blogs, you will hopefully realize that by feeding differently you can positively affect all problem behaviors…with just a couple of changes in your dealings with Fido.

Okay, why would my loving dog all of a sudden become a social deviant around their food bowl? Well the simple answer is…we are taking a basic survival ritual (hunting, finding and finally eating their food) and making it last roughly a minute! Not to mention we are using a food bowl (inanimate object) to hold the resource they covet the most. And finally, we are not making them work for this resource! In essence, the frustration of only getting 60 seconds of time to eat, in a predetermined place and out of an inanimate object and not having to put in any effort to get the food, leads Fido to believe the bowl and whatever is in it is his property!

Now, is it any wonder why Fido growls, snaps or gets grumpy around the food bowl? It is important to recognize that if Fido is behaving this way, you will really want to think twice about using some of the dominance theory you may have seen on TV last week! Hopefully you can see that yelling, slapping, touching or correcting a dog in this situation is probably not going to be effective, might even escalate the behavior and have you leaving this world with a few less fingers than you entered it with!

First off, if you are reading this and are saying “I don’t have that problem,” that’s great! But understand that it’s important to make sure you never do! The techniques I am going to share with you in the upcoming posts are for dogs on both ends of the spectrum…those with problems and those without; with the goal of making sure they never have the problem and maybe fixing a few other “unrelated” problems along the way!

So, I really recommend starting these ideas with a puppy before the bad habits form, but since this topic is what to do when the problem is already present, let’s go ahead and get started and see what we can do about it!
The next two blogs will focus on the steps you can take to eliminate dog food/bowl aggression! 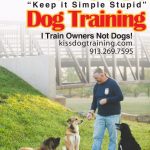 What is Potty Training? 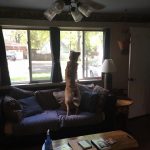