Playing Tug of War with your dog…

by mike March 20, 2013
General 0
OK, so I have heard over and over that playing Tug of war with your dog can and will create an aggressive dog… Well I am here to tell you that if done correctly Tug is a great game! Now don’t get me wrong if you are that machismo guy with a Rottweiler or Pit Bull and you are lifting your dog off the ground or are pushing or smacking the dog around so that they will growl while they are playing… Then yep you might be creating an aggressive dog! (and in my opinion are not the brightest light bulb in the package)
However if you are using the game as a teaching tool then you have nothing to worry about. Just what can you teach while playing tug? Well let’s see, there is:
·         Saying Please
·         Teaching Wait as a way to improve impulse control
·         Teaching the command Take it
·         Teaching the command Drop it
You had no idea that Tug could be such a useful game did you? Let me describe to you just how a game of Tug should play out… First off you own the Tug toy it belongs to you not the dog. So when Fido wants to play he has to “say please” (in doggy language that means a sit)! So the first step is simple, you have the toy and Fido comes up and sits to ask if you all can play tug, once he has been polite we now move on to step two, Wait. At this point I want to work on impulse control, I want to show Fido the toy and then tell him to wait or hold your horses, Fido is still gonna get the toy but I want him to be patient. After a brief period of time step 3 comes into play, the command “Take It”. This is where we teach Fido that only when told it is OK may he take an item from your hand. Now Fido has the toy and you begin the game of Tug… However this is a critical point in the game, Tug is not about over stimulation, do not let the game get out of control. Keep the game short and sweet! After a couple of seconds of tugging, reach into your pocket and grab a yummy treat and hold it right above Fido’s nose and say “drop it” wha-la, step 4, “Drop it”! Before Fido has a chance to growl, get over excited or any other thing people claim is wrong with Tug you have ended the game… Now simply repeat these 4 steps over and over and you now have a great game that teaches valuable skills not bad ones!
A couple of words of caution:
1.       If at any point during the game if Fido touches you with a tooth (even by accident) the game is over, Period! He must keep the game under control. Fido will lose access to the game for the day… Rules are Rules
2.       The tug toy should only come out when you are going to play with Fido, remember this toy belongs to you and you share with Fido, not the other way around!
3.       This is a game for adults, period! Do not let children play this game.
4.       Some dogs do get growly when they are actually having fun, but to me this game is about keeping and staying under control. So I actually always ask for a drop it on the first growl and allow the game to calm down again before starting again. If I am consistent with this then I will over time teach the dog to play without the growl.
As always if you don’t feel comfortable playing this game, then don’t or call a trainer to show you the right way but trust me this game (if done right) does not create aggression, rather it teaches valuable life skills for both you and Fido!
P.S.
These same rules should also be used with the game of fetch….
2251 Total Views 4 Views Today
Share
257 / 770 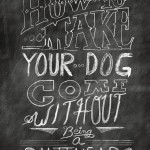 Need Help With Getting Your Dog to Come When Called?