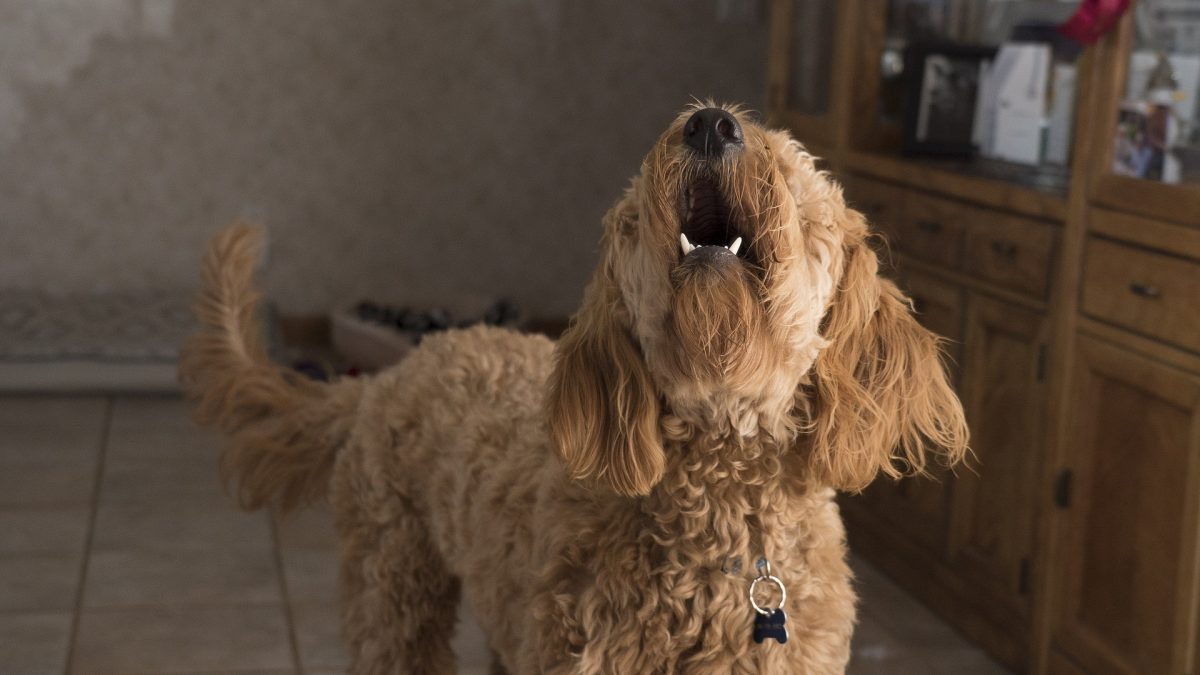 The Barking Dog and Command “Enough” 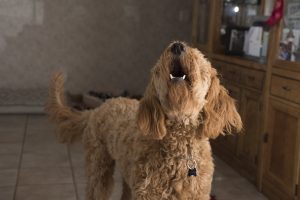 Are you tired of having your dog bark for 15 minutes every time the door bell rings, or for any of the infinite number of other reasons dogs bark? Well so was I, and like any good dog trainer I took a step back and compared what the dog was doing to what I expected him to do and put together an action plan to get what I wanted (not what the dog wanted!)

This action plan relied on the fact that the only way to change a behavior is to ignore the bad (unwanted behavior) and reward the good (new desired behavior.) What I came up with was a unique extension to the command “Watch Me”, which my dog already knew. I call this command Enough! If you haven’t read the blog post on the command “Watch Me”, I would suggest you take the time now before continuing through this post.

The issue I noticed was that whenever the door bell went off so did my dog!!! – Exhibiting an unwanted behavior! I recognized the fact that dogs can’t focus on more than one activity or behavior at a time and I knew if I asked for a “Watch Me”, the dog would stop barking in order to pay attention to me!

Just like kids, dogs can’t chew bubblegum and walk at the same time and you can use this to your advantage! I also understood that this request for a “Watch Me” would only give me a few seconds, so I had to reward the dog almost instantly when Fido looked up at me. But even in that short time-frame, a seed was planted that the teaching of the command Enough was possible!

This is how I got started…as the doorbell went off and the dog started barking, I would begin by negatively marking the behavior using the word Nope (see terminology post on positive and negative markers) to interrupt the barking. I would follow immediately with a “Watch Me” command and reward the dog with a yummy treat. As the training continued, I would add time between the “Watch Me” and the treat (duration, yeah there is a post on that too, the 3 D’s!)

As I built more and more time of non-barking after the ringing of the doorbell with “Watch Me”, I pulled a dirty trick on my dog!!! I switched the cue from “Watch Me” to Enough, and then would count to three before the dog got the reward! I know that three seconds doesn’t sound like much, but believe me, this gives you a way to let the dog know that you appreciate his or her bark and that you know that someone is at the door.

The big difference is that you now have a way to turn off the bark…Enough! If you have read the post on the “3 D’s – The First Two”, you already understand how to take those glorious three seconds of silence and make them last well as long as you want. Simply take is slow and don’t forget to Keep It Simple Stupid!

Now you have your baseline behavior (3 seconds), and after you work for several days you will add two more seconds, practice for several days, add two more seconds, and so on. Remember, the dog will not receive the treat until the time is achieved without a bark! Before you know it, Fido understands that not barking is what is getting him the treat, and he will choose to not bark because he gets a reward, while barking gets him nothing (ignore the bad reward the good!)

Keep in mind that this technique can work in all examples of a barking dog. But remember that the more distracting the environment, the harder the command Enough will be to learn. For example, a dog barking at a squirrel in the back yard will probably not stop barking if we use the command Enough from the back door, and many times will not stop barking even if you are in the back yard with Fido. Since the distractions outdoors are so intense, I have found Enough to work way better inside the house than outside. But, as in all things, the more you practice, the more solid your command becomes. So, start in the house, then gradually move outside, knowing that distraction is the hardest thing to deal with and there will be setbacks.

As parents we understand and avoid the candy aisle at Walmart to keep from dealing with the whiny kids. In comparison, is it fair to relegate our dogs to the backyard for hours, with all of those wonderful distractions, and not have them bark? By simply managing your dog’s outside time, you can avoid the entire barking issue since you are not allowing the dog to learn the bad behavior. Otherwise you will be calling a dog trainer to help you unlearn a bad behavior that you in fact allowed.

So, is there an easy way to train this behavior? How does a wireless doorbell sound? It has the advantage of allowing you to practice during the day without having your neighbor, kids (though they’d love it!) or wife  standing outside ringing the door bell over and over. You have the button in your pocket where you can practice without the dog realizing it! Who would have thought a trip to Home Depot would have been so damn rewarding (yes, we work off rewards as well!)

See next blog on Wireless Doorbell and Park It Part 2 for more techniques on how to deal with a dog that barks at the ringing of the doorbell. 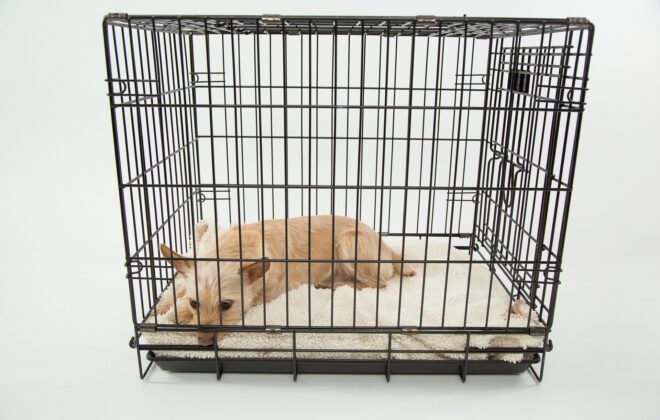 The Politics of Pet Dogs and Kennel Crates | Psychology Today 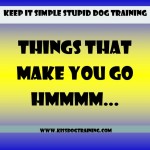 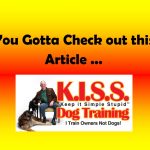