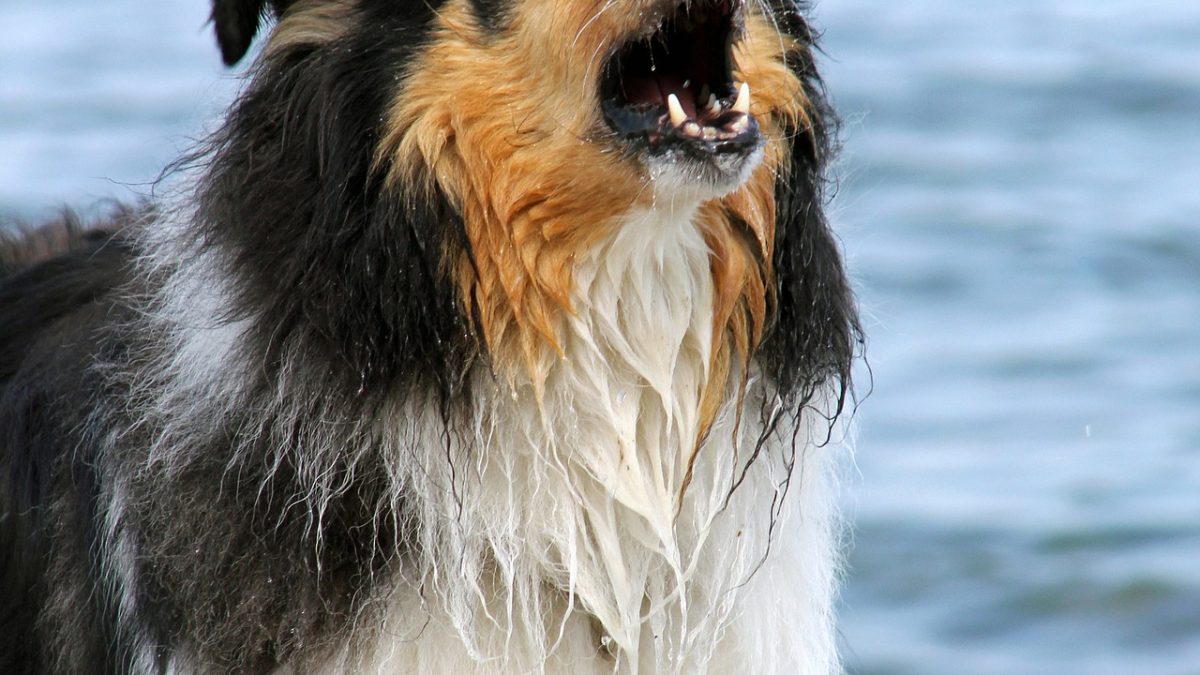 Why do dogs bark & what can be done about it? Part 1 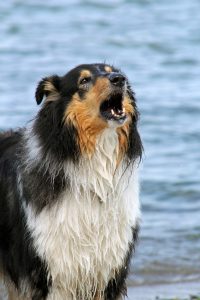 Excessive barking or nuisance barking is one of the most frequent issues I encounter as a trainer. The “why do dogs bark” question is easy (as you will see), but the “what can be done about it” is a lot more difficult. Dogs bark for a number of reasons including boredom, lack of exercise, protection of territory or even fear, not to mention that barking is a natural behavior for dogs.

Humans (and their neighbors) have decided, albeit unfairly, that a barking dog is annoying. Unfortunately, in all of these cases, barking itself is rewarding, because it falls into the “feel good” category of helping the dog relieve stress or fear. How, you wonder? The act of barking actually releases what are known as endorphins, found in the brain, causing a feeling of increased well being. The exception to this rule is fearful or protective barking. The difference here is not only the reward of an increased feeling of well being but also that the perceived threat goes away either by intention (because Fido barked) or by accident (the UPS guy getting back in his truck and driving away). The “feel good” scenario helps explain why a dog that starts barking will sometimes continue nonstop. Since many scientists compare endorphins with opiates, it becomes very clear that convincing a dog that barking just once is trickier than we might have originally thought.

A big culprit most people never consider as a reason for barking is boredom! This, along with lack of exercise (covered in the next post), are what I believe are the two most common reasons people have dogs with barking issues. Think about it…if you were only allowed 2-3 hours a day to be part of the family, you would go a little stir crazy too! Many people with barking issues work full-time jobs (meaning out of the house 8-10 hours a day) while the dog is either in the back yard, left in the house, or crated alone. You get home and let the dog loose with the family. But by the time you cook dinner, get the kids bathed and of course sit in front of the boob tube for a couple of hours, it is time for bed. Guess what? The dog that didn’t get a walk or real interaction is once again left alone or crated, while you go to bed so you can get up and do it all again tomorrow! If this sounds even a little bit familiar, it’s no wonder our dogs require a little primal scream therapy to get through the day! (Keep in mind that some dogs will also bark to get attention, and there are a number of behaviors that are triggered by need for attention – all of which will be covered in a later blog post.)

Let’s start by debunking a huge myth right here and now…the backyard as appropriate exercise. If I had a dollar bill for every time I heard “My dog gets plenty of exercise, we have a huge backyard and he runs out there constantly,” I would be a very rich man and would be sitting on a beach in Key West right now and not writing this blog! Since there is no Margarita in my hand, I am here to tell you, outdoor time is good, but the backyard alone is by no means exercise. Think of it this way, have you ever been to a zoo? Have you noticed that some of the animals pace back and forth along the cage? (To be fair, many zoos are doing a much better job in regard to the size of the pens and access to items that provide mental stimulation.) What you need to understand is that the pacing is stress, not exercise or relaxation! Many dogs will become bored after they have thoroughly investigated their backyard (which takes all of 15 minutes, in some cases). Then they either choose barking or other destructive behaviors; chewing, digging and even fence running (sound kind of like the zoo example???) as a way to deal with the stress and boredom of being left alone in what they see as solitary confinement. Hint, hint… if your dog is a Houdini and jumps fences, then boredom is most likely your issue. Consider how many hours of alone time Fido is getting before blaming him for wanting to explore the greener grass outside of their “cage”!

Dogs are social animals and must be allowed to be such. Getting a dog and keeping them outside all of the time not only could be causing most of your problem behaviors, it is just plain cruel! They need to be around their pack! Ask a first grade teacher how their day goes when it is raining and the kids don’t get an outdoor recess. This example should shed some light on how too much pent-up energy can trigger barking or any problem behavior, for that matter. 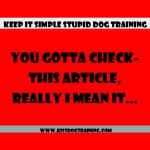 A Neuro Psych Explanation of Socialization

Nature side of Sound Phobic Dogs…

My New Article From Petcha!!!