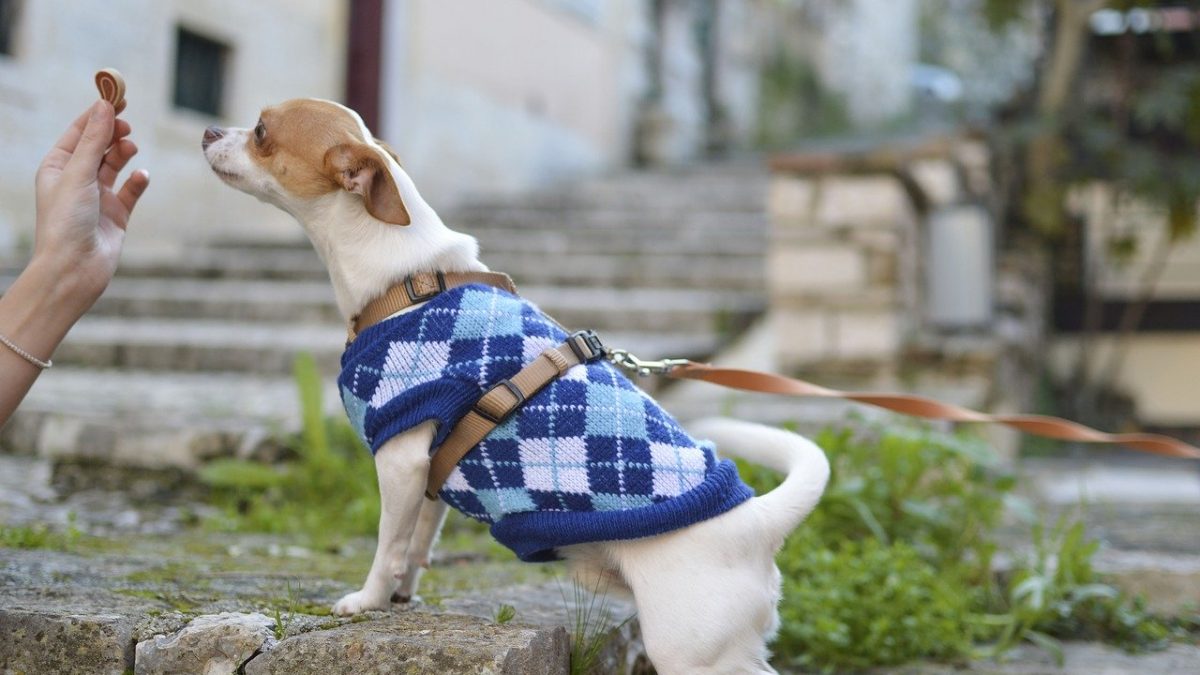 Will I Always Have to Use Treats?

This is a common question that rarely gets a complete answer, and to give you the best answer, this post will be a little heavy in terms and psycho-babble…I’ll apologize up front, but I have a BA in Psych from KU (Rock Chalk!) So, training in a positive reinforcement manner requires two things; a behavior that you want and a reward to maintain or reinforce that behavior. The problem is, many people think that rewarding a dog is synonymous with bribing them and once started, it will have to go on forever! This is an untrue statement (bordering on a lie) that is commonly used by those who want to punish or correct a behavior in order to gain control. It is my job in this post, and as a trainer, to convince anyone reading that using treats or rewards is the best and correct path to take; so let’s get right to it!

There are three things you can do to a behavior; reward it, punish it or ignore it. Let’s take the example of showing up to work on time (or not.) If I punish someone who does not show up on time, I become the bad guy and my employees learn to avoid (or hide from) me, or they only show up late when I am not around. If I ignore it, my employees see that nothing happens when they are late and learn they can continue with the behavior with no effect, good or bad. Finally, I can reward showing up on time with praise or a reward (a raise) and they will continue to replicate the behavior because it feels good. The reason for sharing this example is to show the futility in ignoring or punishing behavior…those responses do not necessarily reduce or eliminate a behavior over the long term. You may get some immediate change in the behavior, but no lasting effect. Unfortunately it breeds avoidance, indifference or lack of motivation. I think each of us have had a boss that fits this bill at one time or another.

So let’s get back to dog training. When I first begin teaching a behavior, I reward for every success. If I am teaching sit and the dog’s rump hits the ground, I follow up the behavior with a tasty treat. This is where most opponents to treat training start screaming “see, I told you they bribed the dog” or “my dog does what I tell them because I am in control” (sounds like that boss we were talking about, doesn’t it?) What those folks don’t see is that all good positive reinforcement trainers will begin to fade the reward as the dog becomes more reliable with the requested behavior; showing the reward doesn’t have to go on forever. Humans figured out long ago that if we continue to reward every time a behavior is given, the reward eventually loses its effectiveness. Think about Vegas. If you walked into a casino and saw a slot machine that paid out a dime for every nickel you put in, you would probably sit down and start playing! But if you found out that you could only put in one nickel per play, after a period of time the dime pay out would get old and boring. If, while feeding one nickel into your machine at a time, you notice the person next to you playing a quarter slot and all of a sudden their machine went nuts and started making noise and paid out 46 quarters, which one of these machines would you want to play? This is an example, simply, of what psychology refers to as continual vs. intermittent reward schedules.

How does this relate to dogs and training? Simple, when we first teach a behavior, we reward every success (continual). We continue this until a predetermined level is reached, then we switch to rewarding only randomly (intermittent). For me, this predetermined level is an 80% success rate. This means that when a dog is successfully performing a behavior 80% of the time I ask for it, I believe they know the material and are ready to move to “Vegas Style Training”. In other words, their rewards are ready to come randomly. This improves behavior because now you choose which version of behavior to reward. In other words, a slow “sit” would get nothing while a prompt “sit” would be rewarded!

So why 80% and how often will I have to reward…read on! 80% is a level that I picked based on my own personal experience (that you might all be able to relate to!) When I was a kid, if I got straight A’s (90% or above) my parents made a huge deal out of it, it was a PARTY!!! If I got all C’s or lower (>70%) it was not a pleasant night in the Deathe household. If I got all B’s (80%) nothing much was said because I knew the material, not well enough for a Party, but good enough to NOT get in the dog house. At 80% the dog is ready to move on to an intermittent reward schedule. So how much should you treat your dog once you move them to the intermittent reward schedule? I use a treat 20-30% of the time (2-3 treats per 10 correct responses). The magic is that once you have this level mastered at 80%, you replace treats with affection and life rewards for the dog. By this, I mean love and pets become the reward used in most cases for positive reinforcement. Even though my primary reward system for my dogs has moved to affection, I continue to use food treats periodically to keep interest and motivation going strong, and especially when I’m trying to reinforce a behavior or when I’m teaching a new trick! So I ask you…are using treats in dog training the right or wrong way to relate to your four legged friends? Only you can decide!

Joke for the day…

Dog Training 101: Dont Ever Assume Anything